Herbs for alcoholism cannot break addition, but they can help cut the craving for alcohol and support the liver. Although alcohol consumption is common in social gatherings and is also classified as the number one excuse for people who insist on drinking to deal with their problems, one in every 12 adults in the U.S. abuse alcohol and engage in binge drinking. As a result, addictive habits develop, often causing health problems to surface.

Fighting alcohol addiction is not an easy thing. In fact, relapses occur in more than ninety percent of those who are treated for the disease. That’s huge. And for those who attend recovery programs, only one in eleven people actually get sober and stay that way.

Luckily, conquering alcohol abuse before it gets to a serious state is absolutely achievable. Holistic practitioners have spent years researching and studying alternative remedies to combat alcohol cravings which stems from a condition called candidiasis.

Candida is an overgrowth of bacteria found in the intestines that can grow too much, causing unhealthy symptoms and cravings to occur. There are several herbs that can help treat these cravings and hopefully stop alcoholism from developing altogether.

Here are 5 herbs that you can use to help kill your alcohol cravings:

St. John’s Wort – This flower has a pigment known as hyperforin which is responsible for decreasing alcohol cravings. Steeping it for about 20 minutes makes it most effective when using this because the pigment is released. It’s also known for its use as an antidepressant.

Milk Thistle – This herb is known for treating cirrhosis, a liver disease caused by the overconsumption of alcohol. While it removes toxins from the liver, it also reduces the craving of alcohol intake.

Kudzu – A Chinese medicine that contains a chemical called daidzin, which helps suppress alcohol cravings. It can be taken in an extract form or as an herbal tea. Itís especially good for binge drinking and hangovers.

Goldenseal – Has antiviral and antifungal properties with a bitter taste. Because of this, this herb is better taken in a capsule form to curb alcohol cravings. It’s also very effective for killing off the overgrown candida in the intestines which are responsible for the cravings.

Dandelion Root – This herb not only curbs alcohol cravings and helps relieve the symptoms that occur because of withdrawal, it also helps to keep your intestines clean by improving proper bile flow in your body. This is something that decreases from drinking too much alcohol.

It’s important to note that none of these herbs are cures for alcohol disease. They are however, simple, natural remedies that you can try to decrease your alcohol cravings and ultimately quit drinking for good.

What Are Healing Spices?

Ayurveda
With an Ayurvedic treatment for headache, the idea is to promote overall health and wellness in the mind, body, and spirit. If you don't...

What Are Healing Spices?

Ayurveda
Long before conventional medicine proved there is a mind-body connection, those living an Ayurvedic lifestyle experienced excellent health. The centuries-old Hindu practice has benefitted...

Natural Health Tips
If you are having issues with insomnia or just want better quality rest, CBD oil for sleep might just be the answer, but there...

Diet & Nutrition
Eating vegetables that burn belly fat is an easier way to lose weight than restricting calories or exercising. As you age, sugar can trigger an... 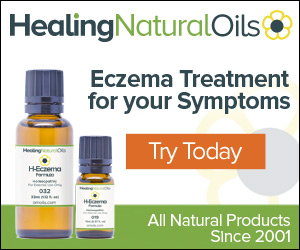 5 Bodyweight Cardio Exercises To Fire Up Your Metabolism
04:22

3 Types Of Food That Slow Down Your Metabolism
02:54

Important Disclaimer: The information on this website has not been evaluated by the FDA and is not intended to diagnose, treat, prevent, or cure any disease. Natural Health Ideas is a participant in the Amazon Services LLC Associates Program, an affiliate advertising program designed to provide a means for us to earn fees by linking to Amazon.com and affiliated sites.